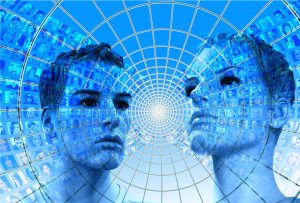 A rising chorus of voices expresses concern over the social media dilemma — its addictive, negative, spreads false news, causes raging jealousy and has created dangerous division. Is all of this concern valid? You bet it is.

Social media, which had promised to bring us all closer together, has done anything but. Facebook and Twitter in particular, have come under heavy fire for causing more divide and spreading dangerous false information; of course, they deny this and claim to be focused on preventing the spread of false news, but lets be frank — they’ve failed miserably.

Approximately three billion people use social media and that translates into roughly 40% of the world’s population. That alone may not be a problem per se, but estimates are that people are spending more-and-more time on these platforms, with some studies showing that we’re spending an average of two hours every single day on these platforms — if you add in the amount of time commuting to work and school, working, watching TV, etc. one has to ask — when are we finding the time to actually live and enjoy life?

One of the problems with social media is that after a while, one runs out of things to post and tweet — we can only take just so many family pics of the kids or the dog. So what does one post and tweet?  Apparently, people post and tweet their anger, frustration and dare I say it…rage. Social media has become one big cesspool of people venting, complaining and attacking. Throw in those malicious types who like to spread hysteria and false news and the end result are social media platforms that are teeming with anger and aggression.

“64% of the people who joined extremist groups on Facebook did so because the algorithms steered them there.” — Internal Facebook report, 2018

About two-thirds of Americans (64%) say social media have a mostly negative effect on the way things are going in the country today, according to a Pew Research Center survey of U.S. adults conducted July 13-19, 2020. Just one-in-ten Americans say social media sites have a mostly positive effect on the way things are going, and one-quarter say these platforms have a neither positive nor negative effect. – Pew Research

64% of Americans know that social media has mostly a negative effect — they know this, so then why are so many people still surfing social media and wasting so much precious time?  Because they’re addicted — people have abandoned living a fruitful, exciting, fulfilling life and have replaced it with nothing. Nothing, because in reality, spending time on social media platforms is living life in a void of nothingness — nothing but “pics,” “posts” and “tweets” — its like watching life from the sidelines, all while it passes us by.

There is a vast abundance of research, polls and articles on the significant negatives of social media, so I won’t bore you with more of what you already know — and that’s the scary part, because we all know how bad it is, so why are we still using it?

But, even I had underestimated the dire danger that social media poses. A friend of mine mentioned a documentary on Netflix called “The Social Dilemma” and it piqued my curiosity. Once I learned more about this expose, it literally freaked me out. Not only is social media a stress-inducer and time wasters, its actually manipulative, controlling, invasive and yes, even sinister.

Below is a clip from the docu-drama and I urge you to see it and to watch the entire documentary either on Netflix or on YouTube (according to the Social Dilemma website, its available on YouTube through September 30th and this link takes you to their site to see it on YouTube)

I firmly believe that social media is extremely dangerous not only to your mental and physical well-being, but also to peace and harmony. Lies, threats, violence and fake news are rife on social media and it has become a cesspool of hatred, rage and chaos. While we may not see that every time we’re on, the fact is, its there and there are those that create it, seek it out and spread it.

Being a positive person does take effort and one of the most important efforts is to remove ourselves from overtly negative situations and people. How one can venture onto social media for any period of time and expect to remain positive and hopeful, is a mystery to me.

A happy, peaceful, adventurous and positive life will never, ever be found online — it will always, without fail, be found out in the world. Don’t let it pass you by.

“Hate. It has caused a lot of problems in this world but has not solved one yet.” – Maya Angelou

“Beautiful things happen when you distance yourself from negativity.” – Anonymous

“You cannot hang out with negative people and expect to live a positive life.” – Joel Osteen

“Be cautious with what you feed your mind and soul. Fuel yourself with positivity and let that fuel propel you into positive action.” – Steve Maraboli

Under Pressure: Are the Stresses of Social Media Too Much for Teens and Young Adults?