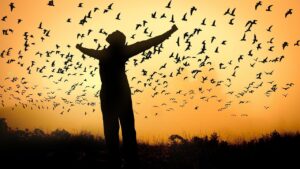 Positivity is so much more than just thinking good thoughts or looking for the bright side. An important aspect of positivity isn’t just being positive — it’s also realizing how valuable and important each of us truly are.

I’ve known quite a few solid, resilient positive thinkers who exude happiness, energy and optimism, but when it came to their own value as a human being, they never gave themselves any credit. Instead of accepting a compliment, they demurred and rejected the praise. When speaking of themselves, they tended to use weak words to describe themselves or they shied away from overtly celebrating their own merits. Why? Perhaps at that time, they didn’t fully realize that you can’t truly value other people if you don’t even value yourself. Of course, one could say these people were just shy or self-effacing, but I believe it was more than that — I believe they lacked self-esteem.

The notion of appreciating or praising one’s self is of course a tricky issue — no one wants to be arrogant or conceited and the truth be told, most of us don’t like being around people like that anyway. But valuing one’s self is something entirely different — the concept of self-value just means that we  believe we are worthy, capable and good people who are deserving of love, respect, happiness, success and fulfillment. In other words, it means that we are as entitled to those things as the people we wish those things for.

Here is a short story that sums up the concept of self-worth really well:

A popular speaker started off a seminar by holding up a $20 bill. A crowd of 200 had gathered to hear him speak. He asked, “Who would like this $20 bill?”

He then asked, “Who still wants it?”

All 200 hands were still raised.

“Well,” he replied, “What if I do this?” Then he dropped the bill on the ground and stomped on it with his shoes.

He picked it up, and showed it to the crowd. The bill was all crumpled and dirty.

“Now who still wants it?”

All the hands still went up.

“My friends, I have just showed you a very important lesson. No matter what I did to the money, you still wanted it because it did not decrease in value. It was still worth $20.”

Many times in our lives, life crumples us and grinds us into the dirt. We make bad decisions or deal with poor circumstances. We feel worthless.

But no matter what has happened or what will happen, you will never lose your value. You are special – don’t ever forget it!

You are special! Each and every one of us has value and merit. No one is better than us and no one is beneath us. We all matter and we all have something to offer in this world. Be strong, courageous and take heart, because you are an extremely valuable person!

“Believe in yourself! Have faith in your abilities! Without a humble but reasonable confidence in your own powers you cannot be successful or happy.” – Norman Vincent Peale

“Strong people have a strong sense of self-worth and self-awareness; they don’t need the approval of others.” ― Roy T. Bennett