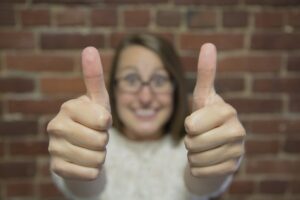 I once heard a Teacher tell a vulnerable classmate “you’ll never amount to anything….” at the time, I didn’t like what she had said, but I didn’t give it much thought. When I think back to that cruel declaration, I realize that this teacher was a strangler.

By “strangler” I don’t mean in the literal sense, but more in the metaphoric sense — this particular teacher was in every sense of the word, telling this vulnerable boy that his life would never be a good one and she was strangling his hope. I also realized that this person should never have become a teacher, since she clearly didn’t know how to empower and uplift her students.

Consider the story of the “Wranglers and Stranglers” and you’ll see right away which approach is best:

Many years ago there were a group of brilliant young men at the University of Wisconsin.  The group of men seemed to have an amazing creative literary talent and were extraordinary in their ability to put their literary skills to its best use. These promising young men met regularly to read and critique each other’s literary works.

These men were merciless while they criticized one another. They dissected the most minute of the expressions and offered tough and even mean criticism to each others work. Their  meeting sessions became arenas of literary criticism and the members of this exclusive club called themselves the “Stranglers.”

Not to be excluded to the opportunity to level up there literary skills, the women of literary interest in the university started a club of their own, one comparable to Stranglers. The members called themselves the “Wranglers,” and they too presented their literary pieces in front of each other. But the feedback from the members was much softer, more positive and more encouraging. Every effort from a member, even the most feeble one, was encouraged by all.

After twenty years, a university alumnus was doing a study of his classmates’ careers, when he noticed a huge difference  in the literary accomplishments of the Stranglers and the Wranglers.

Among all the brilliant young men in the “Stranglers,” none had made any significant literary achievement. The “Wranglers” however, had several successful writers and some renowned national literary talents.

The talent and the education between the two groups were almost the same, and there wasn’t much difference. The “Stranglers” strangled each other while the “Wranglers” gave each other a lift. The Stranglers created an atmosphere of contention and self doubt, while the Wranglers brought out the best in each other.

Are we born either stranglers or wranglers, or does our individual life experiences shape us into either? Perhaps it’s society that shapes which one we become? Can we change from one to the other?  Lots of questions, but one answer is clear: it is far better to uplift ourselves and others, than it is to degrade.

When I think back to my early school years and that classmate, I’m sad. He was shy, sort of vulnerable and he needed compassion and encouragement, not cruelty and rejection — what this Teacher said to him, could very well have caused a deep scar that he still carries with him today. What we say and how we say it, really does matter — with our words, we have the power to bring down, or build up — we should always choose to build up.

Inspiring other people is a blessing for them and also for ourselves — when we encourage, praise and instill hope, we are spreading light and positivity and doing our part to make this world a better place. A kind word, some encouragement and praise, are so much better than unduly harsh criticism.

“When you encourage others, you in the process are encouraged because you’re making a commitment and difference in that person’s life. Encouragement really does make a difference.” – Zig Ziglar