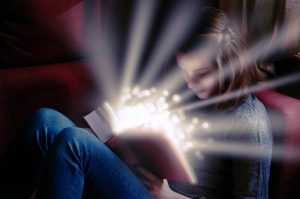 Throughout life, we inevitably encounter “dream stealers” – those people who rather than encourage us, try to bring us down. Often they consider it “just being realistic” and without thought, they crush our dreams.

I’m sure you’ve dealt with these dream stealers before and probably will again. The best defense is not only to recognize them, but to also be prepared to handle them. The story “Keep Your Dream” is a really great tale of personal perseverance, hope and focus and I’m confident you’ll learn as much from it as I have.

I have a friend named Monty Roberts who owns a horse ranch in San Ysidro. He has let me use his house to put on fund-raising events to raise money for youth at risk programs.

The last time I was there he introduced me by saying:

“I want to tell you why I let Jack use my horse. It all goes back to a story about a young man who was the son of an itinerant horse trainer who would go from stable to stable, race track to race track, farm to farm and ranch to ranch, training horses. As a result, the boy’s high school career was continually interrupted. When he was a senior, he was asked to write a paper about what he wanted to be and do when he grew up.”

“That night he wrote a seven-page paper describing his goal of someday owning a horse ranch. He wrote about his dream in great detail and he even drew a diagram of a 200-acre ranch, showing the location of all the buildings, the stables and the track. Then he drew a detailed floor plan for a 4,000-square-foot house that would sit on a 200-acre dream ranch.”

“He put a great deal of his heart into the project and the next day he handed it in to his teacher. Two days later he received his paper back. On the front page was a large red F with a note that read, `See me after class.’”

“The boy with the dream went to see the teacher after class and asked, `Why did I receive an F?’”

“The teacher said, ‘This is an unrealistic dream for a young boy like you. You have no money. You come from an itinerant family. You have no resources. Owning a horse ranch requires a lot of money. You have to buy the land. You have to pay for the original breeding stock and later you’ll have to pay large stud fees. There’s no way you could ever do it.’ Then the teacher added, `If you will rewrite this paper with a more realistic goal, I will reconsider your grade.”

“The boy went home and thought about it long and hard. He asked his father what he should do. His father said, `Look, son, you have to make up your own mind on this. However, I think it is a very important decision for you.’ Finally, after sitting with it for a week, the boy turned in the same paper, making no changes at all.

Monty then turned to the assembled group and said, “I tell you this story because you are sitting in my 4,000-square-foot house in the middle of my 200-acre horse ranch. I still have that school paper framed over the fireplace.”

He added, “The best part of the story is that two summers ago that same schoolteacher brought 30 kids to camp out on my ranch for a week. When the teacher was leaving, the teacher said, ‘Look, Monty, I can tell you this now. When I was your teacher, I was something of a dream stealer. During those years I stole a lot of kids’ dreams. Fortunately you had enough gumption not to give up on yours.’”

“Don’t let anyone steal your dreams. Follow your heart, no matter what.”

“Fortunately you had enough gumption not to give up on yours”…

Okay, isn’t gumption an absolutely brilliant word? This kid had gumption. He could have let the F his dream stealing Teacher gave him derail his dream. He could have given into frustration and said “yeah, he’s right, how will I ever own a horse ranch…stupid idea.” But he didn’t — he not only dreamed of owning that horse ranch, but he went the extra step when he wrote the paper and included a detailed drawing of the ranch, so he visualized his dream. When given the “chance” to write the paper again, his father counseled that it was ultimately up to the son whether to re-write it or submit the same paper again — the father encouraged his son to think for himself. There are a lot of important messages in this story. This boy kept his dream alive and re-submitted the same paper — bravo!

People will either encourage and support us, or they’ll try to dissuade us. Not, everyone who dissuades us is a dream stealer of course, so its important to recognize the difference. Ultimately though, the decision of whether to give up on a dream or keep it alive, rests with each of us. When our passion for something burns brightly, never let anyone extinguish that flame for us — that ultimately, is our decision. Stay focused, positive and always have hope, because dreams really do come true.

“There are some people who live in a dream world, and there are some who face reality; and then there are those who turn one into the other.” – Douglas H. Everett